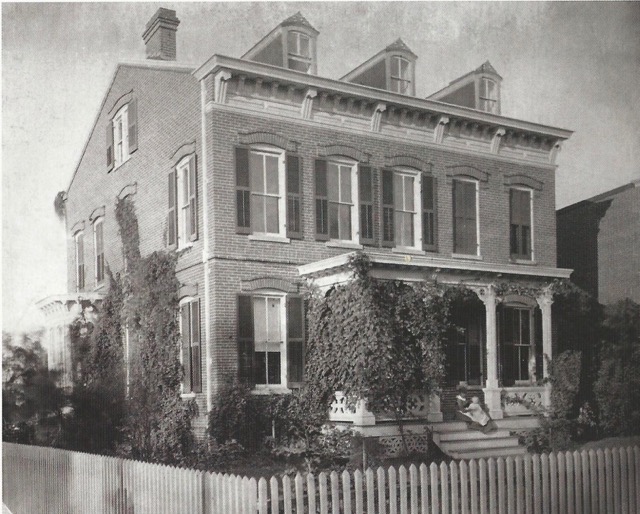 800 East Capitol Street, in this 1893 photo, was owned by James Winne Whelpley, who served as Assistant Secretary of the Treasury under President Grover Cleveland. The house had been built by Mr. Whelpley in 1875 and stayed in the family until about 1920. Over the next  decades, it was partitioned into many apartment units and was in terrible condition when purchased by new owners in the early 21st century. The Whelpley family were ancestors of Overbeck interviewee Mary Ellen Abrecht; page 37 of her transcript includes this photo adjacent to one taken in 2006 after it was completely renovated.

From the interview with:
Mary Ellen Abrecht