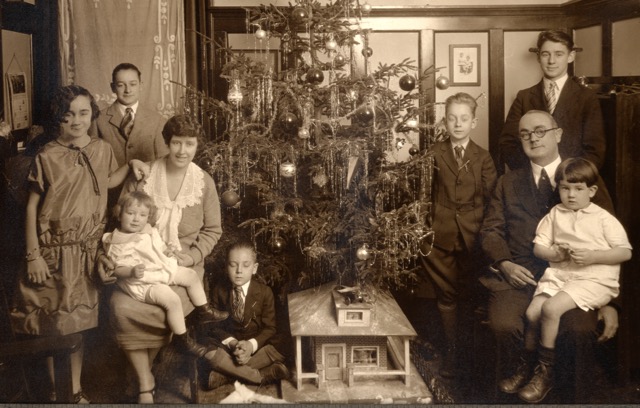 Family of Clarence F. Donohoe who lived at 629 East Capitol Street SE from 1914–1930. Daughter Mary, on the left, had two older brothers and four younger ones. She had a pony that was kept in the stable behind the house and ridden around the nearby streets by the children; in the summer, the pony was shipped by boat to the extended family's southern Maryland compound.

From the interview with:
Mary Murray