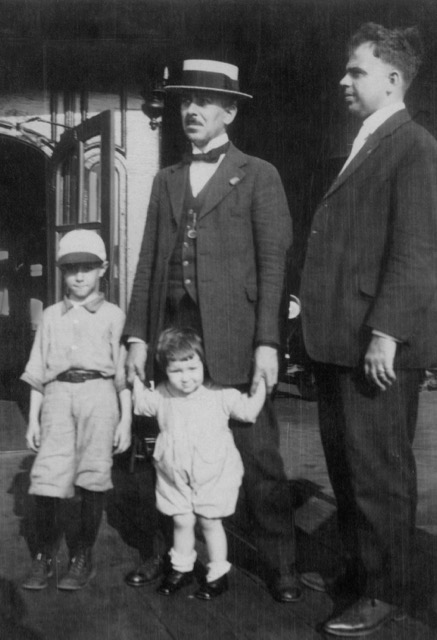 Mary with her father, Charles S. Zurhorst, Sr. (in the straw hat), and her beloved brother Charles Jr., known as Brother. The man on the right is an unidentified friend. Her father, reluctantly, but at the insistence of his own father, ran the family funeral business at 301 East Capitol Street during the 19-teens and 20s. The family lived on the third floor, above "the parlors" and were required to keep silence when a funeral was being held downstairs.

On page 5, Mary remembers her mother running her hands over the grand piano keyboard, but not touching a key, during such an occasion. "Then the phone rang " ... announcing that the funeral was over and "Mama attacked the keyboard with the rumbling, brooding introduction" to a Verdi piece that "split the silence like a gun going off."