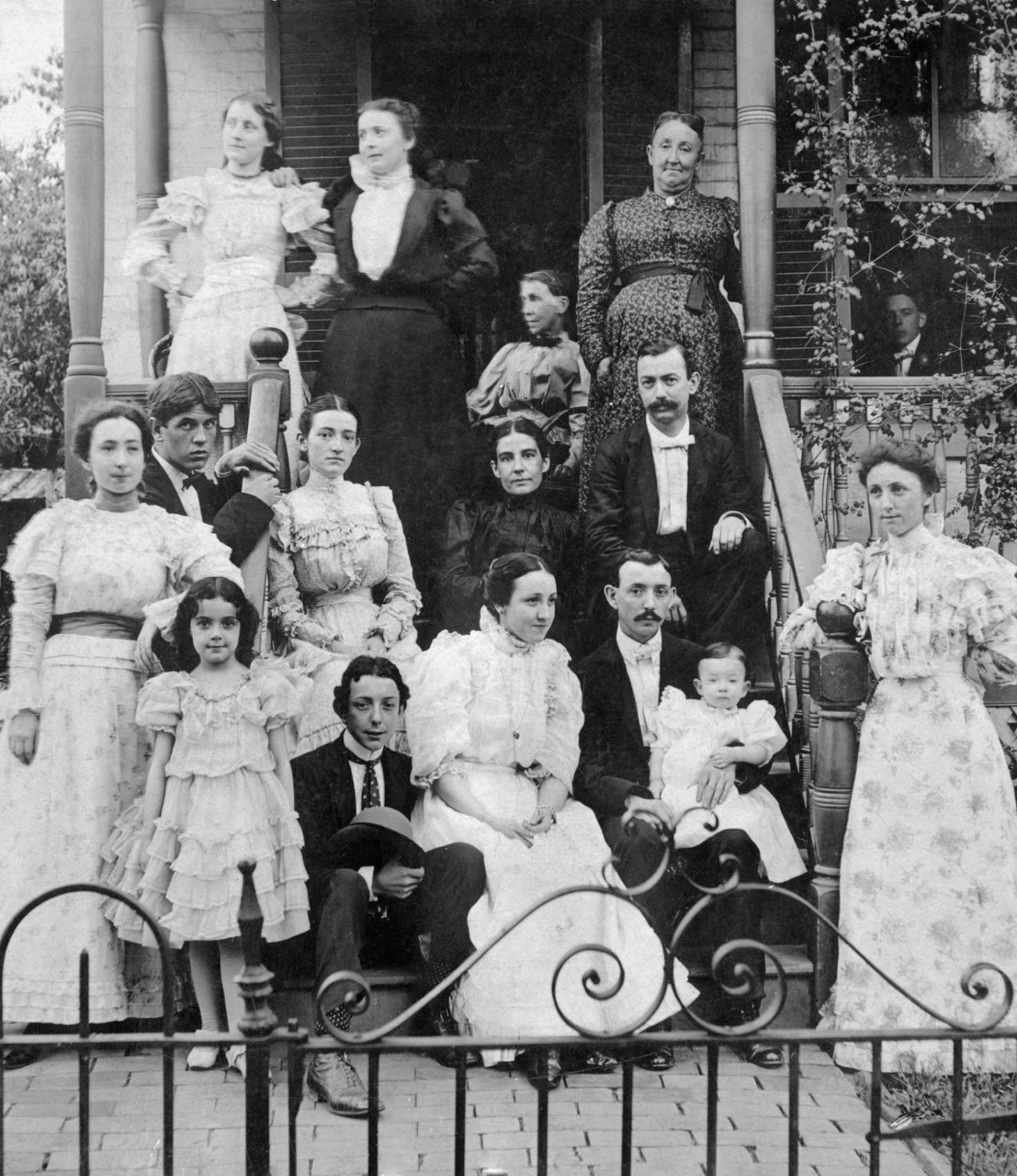 Mary Z. Gray's maternal relatives, the Schroeder family, pose on the steps of their home at 524 Ninth Street SE in the early 20th century. The young girl standing in a ruffled dress in the front row is Mary's mother Edwinetta.

"301 East Capitol" devotes a whole chapter to the Schroeders and their neighborhood. Starting in 1840, her great-great-grandfather immigrated from Hanover (Germany) and joined the U.S. Marine Band. His only child, Mary's great-grandfather, followed suit in 1857. He married and had 12 children, many of whom were also musicians. From page 168: "He formed Schroeder's Orchestra in 1878" and for 40 years "[infused] the city with the sounds of music—band music, ballroom music, chamber music, wedding music, funeral music, ragtime music, whatever the occasion called for ..."