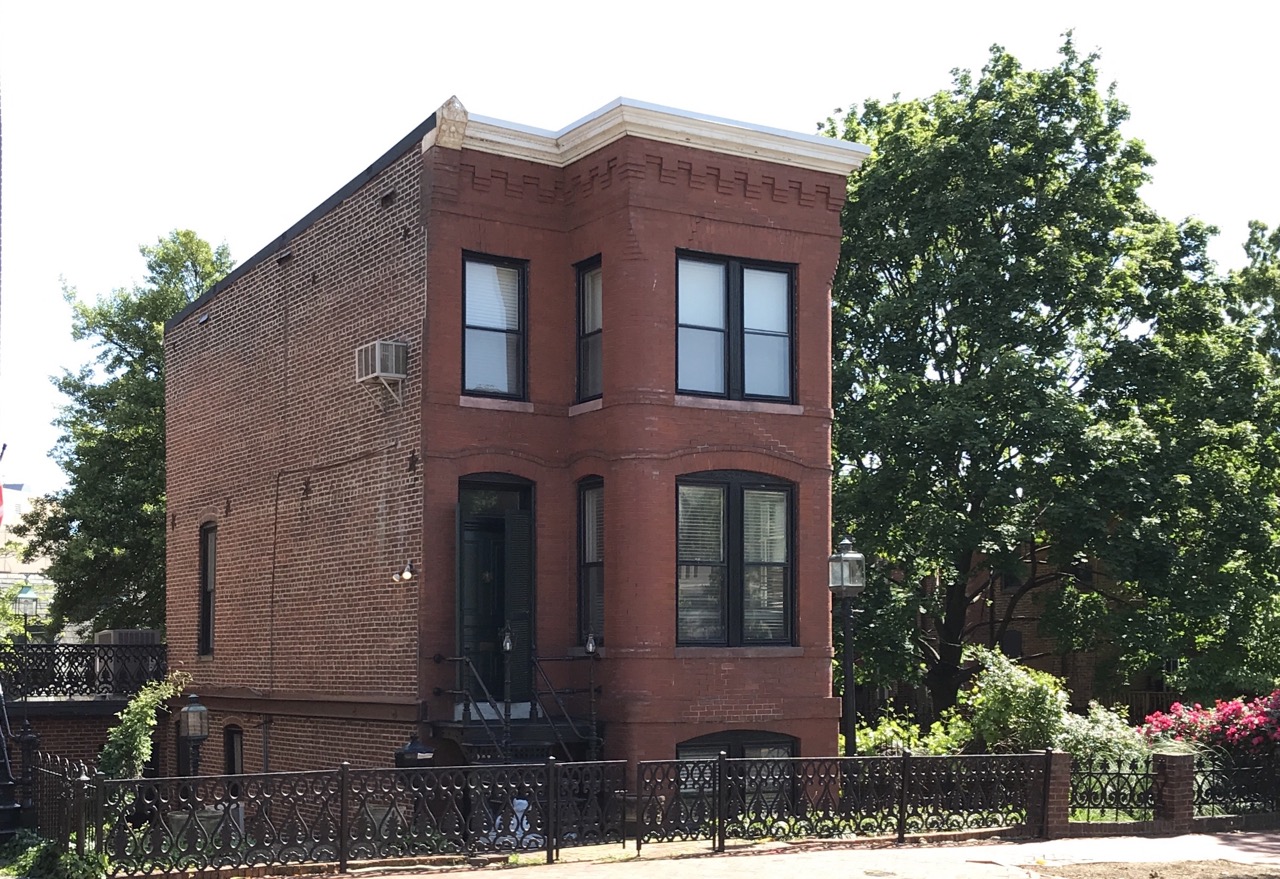 Before the Overbeck Project existed, Nancy Metzger interviewed long-time Capitol Hill residents and subsequently shared her transcripts with the project. This transcript reflects three interviews Nancy did in August of 2000 with Bill Boswell, the last to live in the family home. Bill, then in his late 70s, was packing to move to Texas, but he took the time to talk about his ancestors, their house, and his many personal memories of the surrounding neighborhood.

Bill remembered Grant's Row in the 200 block of East Capitol Street that was demolished during his childhood and replaced with the Folger Library. At around the same time, the Caldwell House at 216 Pennsylvania Avenue SE was replaced with the Library of Congress Adams Building. He especially remembered the houses across from 11 D Street SE that his family members had renovated before they were were taken by eminent domain in the 1950s by the Architect of the Capitol, who built House office building garages on the site.

Bill's first-hand memories of the early 1930s Bonus Army form a whole story, with compelling details about their camp across the Anacostia on "the Flats" that he visited with his father, the newspaper the army published from a building near the (old) Tyler School on 11th Street SE, and the day he saw tanks and troops led by Douglas MacArthur moving south on 11th Street to cross the bridge and burn the encampment.

Bill's father was a fireman and so he discussed many details about the fire department, including the days when horses still pulled the fire wagons. He also described two spectacular fires in the neighborhood: the 1940 fire at St. Peter's Church and the Miller Furniture Store fire in which a wall of the building collapsed, something he saw while he was home on leave during World War II.

Bill talked at length about local athletes, especially the high school stars, the semi-pro teams, and the amateur boxers who were prominent in his youth. He spoke with nostalgia about watching, for free, the Washington professional football team's practices, just across the 11th Street bridge in Fairlawn.

Bill mentioned neighbors by name and described their businesses and activities: the large Bassin family whose sons went on to own many DC businesses; the Donohoes, whose real estate business was the business of its time, and many, many others. Restaurants and businesses that lined Pennsylvania Avenue SE were named one-by-one and block-by-block.

We're happy to recommend this important transcript to our readers and Facebook followers. Enjoy!