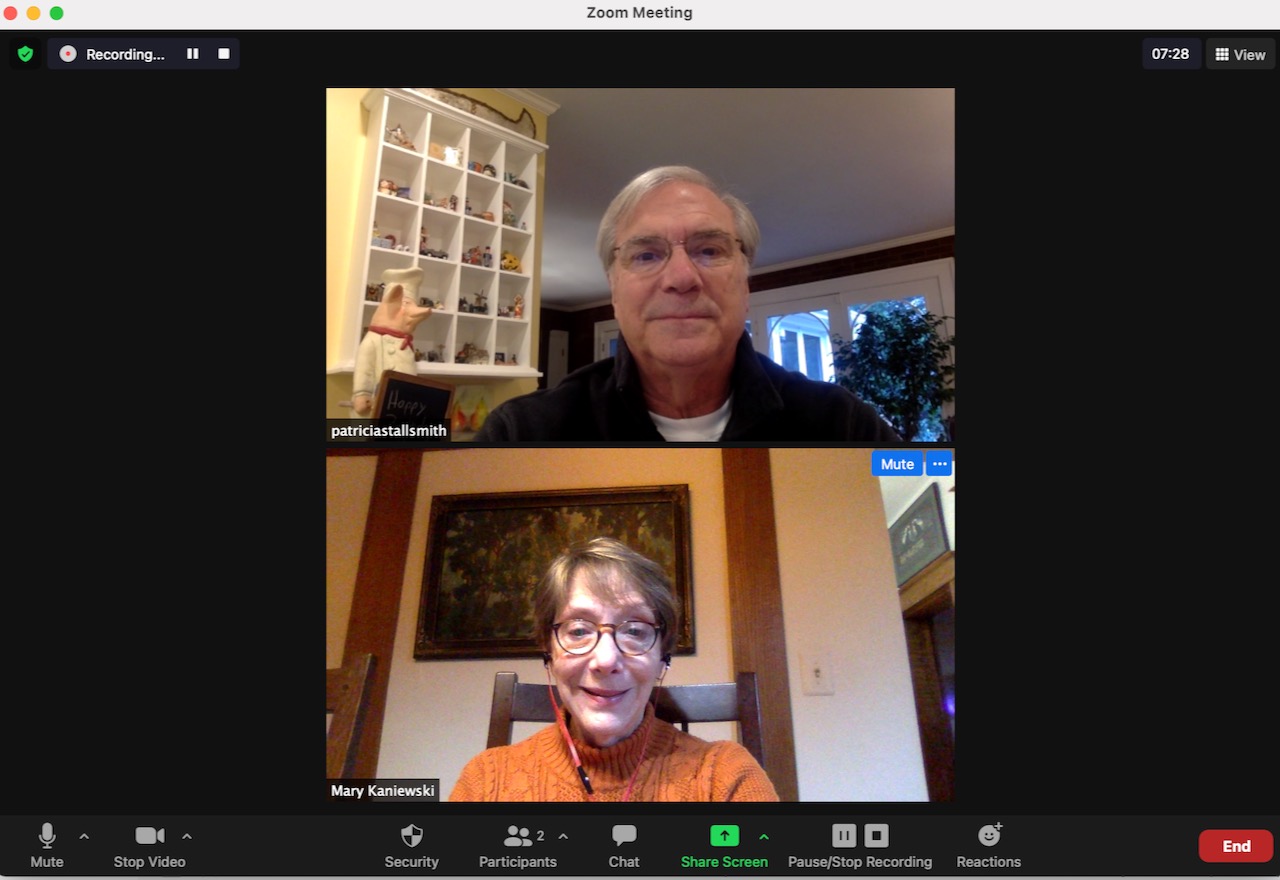 Most people were understandably reluctant to participate in in-person interviews; only two were done in 2020, both outdoors. Instead, we've taken advantage of the recording feature of Zoom to produces audio files of virtual 'face-to-face' conversations taking place over the internet.

The first to test the Zoom operation were interviewer Etta Fielek and interviewee Gina Sangster; the transcript has now been posted on the website. Later, Mary Kaniewski interviewed Jeff Stallsmith, as shown in the screenshot above.

Overbeck Project transcribers easily handle the resulting Zoom audio files, using the same operation they used with cassette tapes and later audio files from digital recorders: they play back and listen to the recording and type what they hear.

We look forward to conducting interviews in person again in the near future, but we're happy to have Zoom available until then. For the long term, having Zoom as an interview option offers an unexpected bonus: we can now interview people located far from Washington or who for other reasons aren't available for in-person interviews.