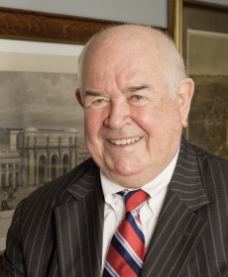 Capital Losses: A Cultural History of Washington’s Destroyed Buildings (1979) and Washington Sculpture: A Cultural History of Outdoor Sculpture in the Nation's Capital (1974, revised 2009) are among the best-known of these works. The Historical Society of Washington, D.C. awarded Goode its Visionary Historian Award in 2015 for his lifetime contributions to the study of the capital city. Ever courtly and generous, Goode gave the Library of Congress and George Washington University his research photographs and files where they will continue to be available for further study by students and others interested in our city's past. The Overbeck Project and others will long benefit from his prodigious contributions. Goode died on December 12, 2019